In the previous article we have talked about confirming solution for simple probabilistic problems. What if we have slightly complex environment and we cannot calculate all the possible outcomes? We can still make a bunch of experiments and by the law of large numbers the average of the results will be close to expected value. As usually Python will help us generate vast amount of possible events and we will compare that result to our initial guess. Let’s try to solve some examples using this approach!

A baseball team wins each game with probability 40% and the games are all independent. What is the probability that they get their first win of the season in their fifth game?

First let’s define a function which will tell us whether we win a game.

Next we introduce a concept of Bernoulli trial - it’s just a random experiment with exactly two possible outcomes. Our experiment is about winning in the fifth game only.

Then we conduct a lot of experiments to see whether our empirical probability will eventually converge to correct solution.

To visually confirm convergence we can build a plot showing relation between probability deviation and number of events. 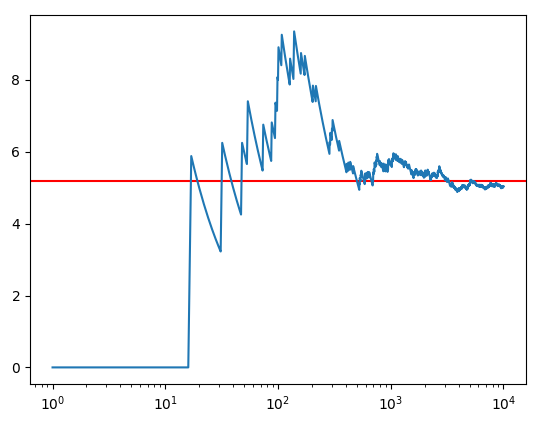 That’s exactly what we have expected, let’s confirm other problems as well.

The are four different possible outcomes for Alex to win:

Adding up all of this partial probabilities we end up with 71% result.

Following the same approach we have

Code for repeating experiments is the same as above

Chart shows the same probability as we calculated before 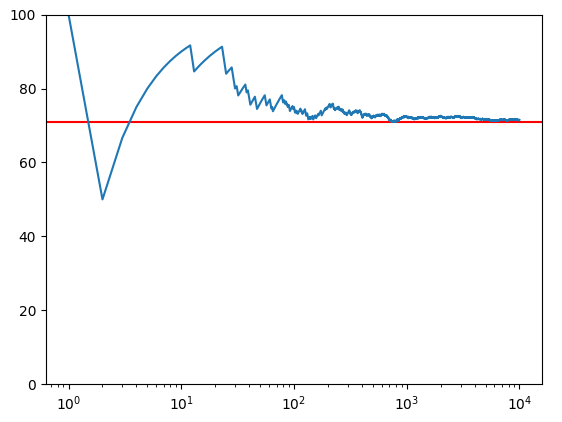 You and a friend take turns rolling a fair six-sided die, and the first person to roll a 6 wins. What is the probability that the person who makes the first roll wins the game?

Additional a chart confirming convergence to the same value 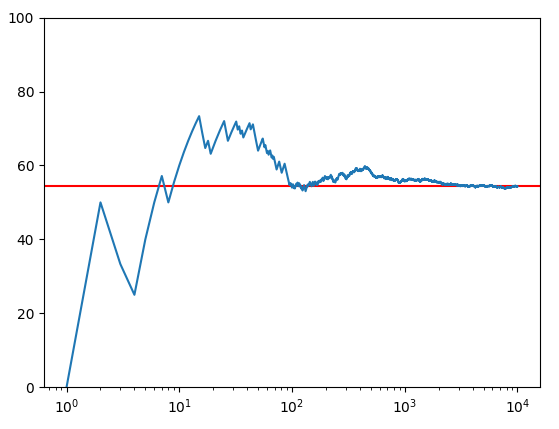 Two people, Alice and Bill, each roll a fair 20-sided die. What is the probability that Alice’s roll is higher than Bill’s roll? 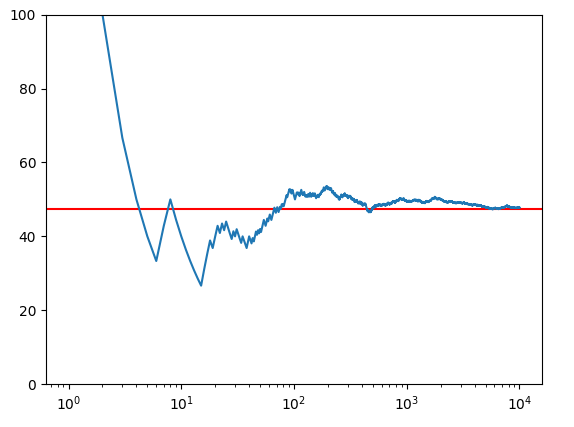 Probabilities might be tricky but following simple principles and confirming our guesses with a code we can increase confidence for our solution and empirically verify its correctness. You can apply same technique to almost any probabilistic problem, so do not stop here and go for new adventures. See you soon.