Redis has built in Lua interpreter allowing to evaluate scripts in the context of Redis server. I want to show you a couple of examples where this scripting feature might be helpful.
So imagine the following scenario (use case #1):

Normally you would go over all keys within database, check their ttl value and remove keys without expiration one by one.

This shell script would do the jobs, but it has some major drawbacks:

Let’s rewrite these steps to the native Lua script

Although the algorithm is identical it will not suffer from extra network delays as it is ran directly by the engine itself. To be fair the latter solution is bettern in case you are running hosted Redis solution such as AWS Elasticache otherwise network delays will not be noticable as you can run the script on the same machine where the Redis resides.

To trigger the script execute the command below

Moving forward to the next example (use case #2) consider the following scenario:

Normally you would do

With our custom script we will be able to delete only subset of keys. Moreover we are going to introduce two new features: to be able to provide keys pattern as a command line argument and to return total number of deleted items.

This is really useful when you know exactly the underlying naming for the most of your keys, meaning you can safely drop them provinding the known prefix/pattern. As a result total number of affected records will be printed back to the console.

NOTE: make sure to insert comma in the command above as it serves as a delimiter between KEYS and ARGV and we are using only the latter within our script

Below you can see a chart of four subsequent invocations using different patterns that we’ve applied to the our database before downscaling procedure. 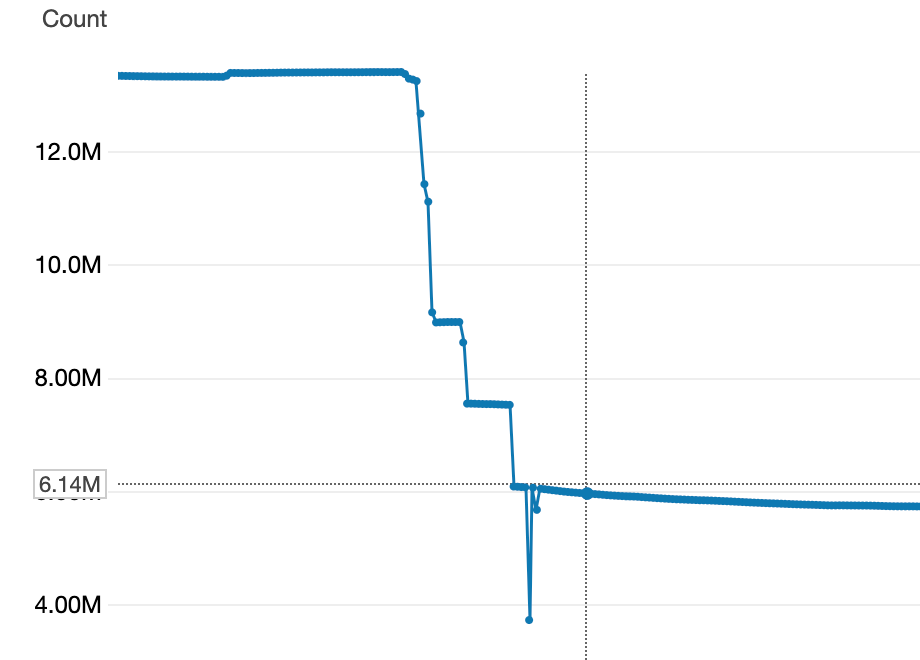 This script helped us to drop half of the items in cache allowing to migrate to the twice as small instance size as the original one.